Beyond The Name: Marzan Blazes A New Era With Strength And Grace 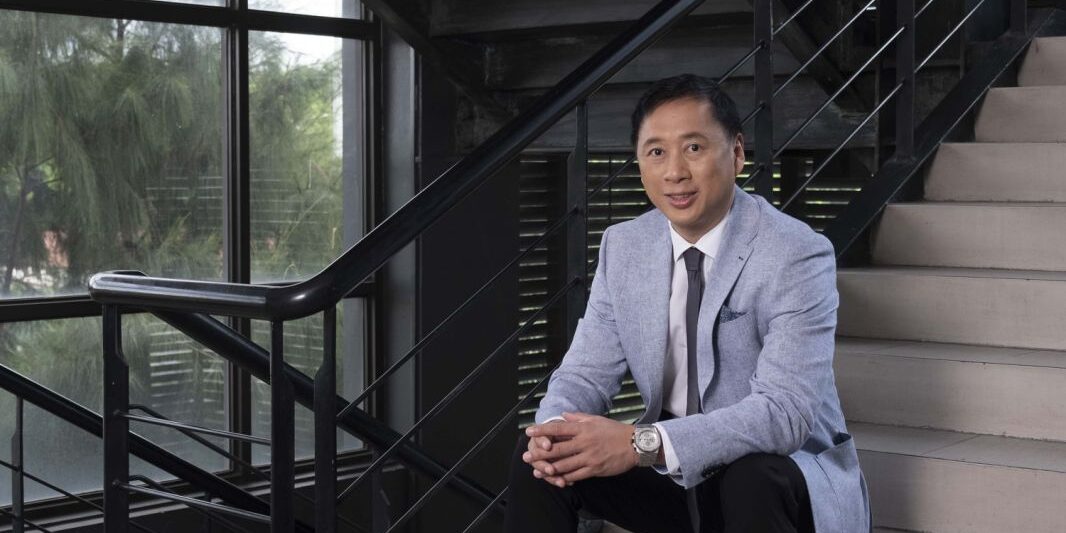 There is a famous quote from the classic “Romeo & Juliet” that says: “What’s in a name? That which we call a rose by any other name would smell just as sweet.”

Albeit romantic in nature, it’s meaning carries something far more than just an appeal to affection. It is meant to convey that the naming of things are irrelevant.

Such is the case of J.P. Marzan – the owner and founder of JP Marzan Project Ventures, Inc. One of the top choice partners of various local and international clients in the field of infrastructure logistics, construction, engineering works and other ventures.

Before he became who he is right now, he was once Jesus Mari Marzan, son of Ramon Marzan – the owner of RV Marzan International Forwarders, Inc. The status and prestige of his father heavily influenced his upbringing. After spending his childhood loving cars, J.P. Marzan (or “Jay” as people like to call him) grew up to learn about the ins and outs of the family business. Eventually, the accumulated knowledge turned into hands-on experience within his father’s empire.

Working for the family was its own kind of thrill. Yet there was something in the depths of Jay’s heart that called out for something more.

When he realized what it was that he truly wanted, he became scared. Why would he leave something that was given to him?

Then…a lightbulb emerges. It was because everything was given to him that he needed to come out of the shadows and blaze a new path of his own making. It was going to be tough, but Jay knew it was the right thing to do.

“I decided to put up JP Marzan Project Ventures, Inc. because I want something that I can call my own. I choose to start in the same industry with our family business because its where I was trained, exposed and knowledgeable of, but more than that, I’m happy doing this kind of projects and services”.

Challenge after challenge, Jay stumbled, fell, got up and learned. Amongst the many lessons he has integrated into his person, the biggest of which is this: Hiring the right people. He doesn’t want to work with individuals who would simply say “yes” to him just because he is their boss. He wants people to be dedicated and willing to consistently give value in their respective roles, especially when their entire company strives to provide end-to-end solutions whilst continuously exploring ventures and partnerships that would not only diversify their product line but would scale up their business to face bigger challenges.

This is best encapsulated when he said: “You have to surround yourself with people who would tell you the hard truth, the things you don’t want to hear. Kailangan ’yun. Those are the people who would make you realize and remind you to look back ~ these simple actions are essential in becoming successful”.

As someone who’s reading this, you might ask: “Why focus on people rather than structures and systems?”

For Jay, the answer is simple, and that is when you nurture people, you nurture their skills. When skills are nurtured, it will seamlessly support the structures and systems you have built. Then, it will all look like one seamless machine. Just like the cars Jay grew to love.

That’s why as his business thrives, his automobile collection does too. That’s because for every milestone achieved, Jay likes to celebrate it by acquiring luxury car models as an ode to his childhood. Many a symbol to the success he has blazed without relying on the grandiose of his family name.

Don’t get him wrong, though. Jay saw nothing wrong if he chose to continue working with his family back then. But then, he won’t be able to fulfill that personal need that seeks to reach his highest potential – like being a leader.

It came with its own sets of challenges because he wasn’t only caring for himself, he was to care for thousands of people employed in his business. That’s why when the pandemic burst across the globe, he made sure that none of his constituents where left without help.

In his very own words, “Hindi naman pwede na ako kumakain, sila hindi. Yung team ko hindi naman sila humihingi or nagdedemand [but] they are the very reason why I have all these things. It should go hand in hand, tulong-tulong [dapat]. And dito sa pandemic na to, tumutulay ang professionalism and putting emotions in the business”.

Reaching his highest potential isn’t just limited to his business, it also reaches into his role as a father and overall family man.

With four wonderful children, he makes sure to teach the values and learnings he learned from his parents. He strives to work hard so that someday his children would not need to take care of him and can have the opportunity to reach their own personal dreams and aspirations. He firmly stands by their back to support them in all paths and journey that his children are planning to take.

More than that, he wants his children to emulate his most personal value of all: helping the community, and consequently, the nation. It was their way of giving back to the place they call home in the hopes that their contribution can help the country progress into the future.

When we look at J.P. Marzan, we first see the name. But I encourage you to look closely and see the journey he has taken in order to be the person he is today – a leader, a father and a giver. Most of all, he is a person who has a heart that sets aside pride and ambition in the name of the greater good.

It’s simply an inspiration for all of us – that no matter what we choose to pursue, we should always remember to listen to your heart, surround yourself with good people and give back to the community that has nurtured you.

J.P. Marzan goes beyond his name…and that’s more than Shakespeare can ever predict.